A marketing drive has begun for the sale of a painting touted as the ‘Toulouse Caravaggio (1571-1610)’. The picture was unveiled in London today ahead of its auction in France in June. 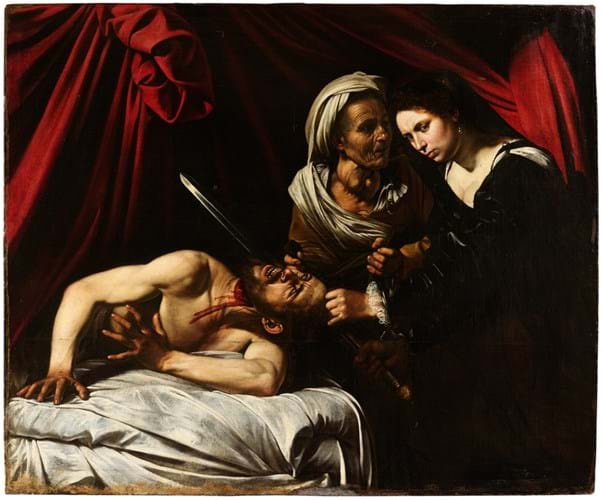 The ‘Toulouse Caravaggio’ which Marc Labarbe will offer at auction on June 27. It is estimated at £90m-140m. Image copyright: Cabinet Turquin.

Discovered by auctioneer Marc Labarbe five years ago in an attic in Toulouse, Judith and Holofernes will be offered without reserve at the auction on June 27.

The picture has come to London and can now be sold after an export ban placed on the work by the French government expired. This followed the state’s decision not to acquire it.

The painting was unveiled to widespread media interest at London gallery Colnaghi, where it will be exhibited for ten days before heading to Paris and New York ahead of the sale.

The attribution to Caravaggio has been supported by some but not all art historians. Another earlier version of Judith and Holofernes was painted by the artist in c.1600 – a picture now in Galleria Nazionale d’Arte Antica at the Barberini Palace in Rome.

The ‘Toulouse Caravaggio’ is believed to be a second version of this same subject but with important differences.

The fact that Caravaggio painted two versions is known through documentary evidence according to Old Master expert Eric Turquin, whose firm Cabinet Turquin has helped research and authenticate the work. He said that “many experts” have supported the attribution to Caravaggio which he believes has now been confirmed by scientific analysis. X-rays of the picture have revealed the artist made changes to important details suggesting that it cannot have been painted by a copyist.

He added that “the energy” of the painting had been further revealed after a recent cleaning to remove the old varnish. When asked about the fact that some specialists did not agree with the attribution he said: “That’s normal. If they all agreed it would be highly suspicious.” He also made the point that even those who disagreed that it should be ascribed to Caravaggio still “recognised the beauty of the painting”.

Turquin said that he felt Toulouse was the right place to sell the work. “This story began in Toulouse and will end in Toulouse,” he said.

Labarbe told ATG that he will conduct the sale in June himself. “It will be a genuine auction,” he said. “There is no reserve or guarantee.”

When asked at what level he will open the bidding, he said it would start at £30m. “Anything less than £30m would not be serious for a work like this”. 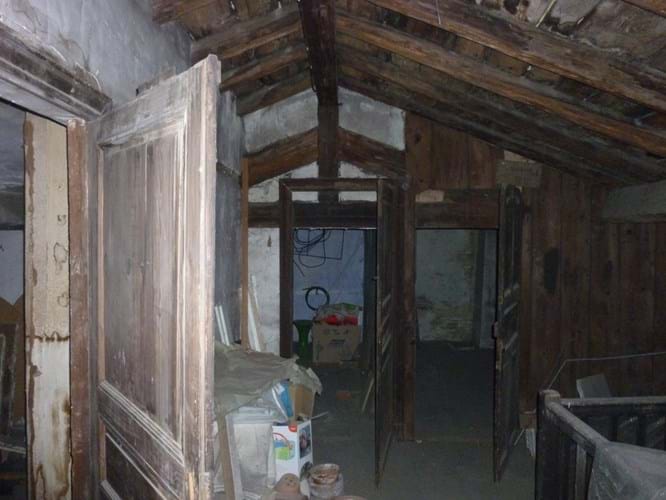 The attic in Toulouse, France where the painting had lain forgotten for probably over 100 years.

The painting was discovered in 2014 in the attic of a house from which Labarbe had dispersed the contents over the space of a year. The client then called him back to view the picture and, despite the dirt and water damage from a leak, he said he was immediately “impressed by the strength of composition” and felt it was likely an Italian Caravaggist painting.

Labarbe called in Turquin who set about researching the work, keeping the find under wraps for two years. While the research continued, the French Ministry of Culture classified the work as a National Treasure blocking it from being taken out of the country for 30 months.

With the deadline expiring in December last year and with no French institution coming forward to buy the painting in the interim, it was then free to be offered on the open market.

The press conference at Colnaghi was an opportunity to announce the sale date, begin the promotional campaign (which includes the launch of a promotional website) and, for Turquin, to set out in detail the reasons underpinning their attribution to Caravaggio. Specialists who have lent their weight to the attribution include Keith Christiansen, Chairman of European Paintings at the Metropolitan Museum of Art in New York; Nicola Spinosa, former Director of the Capodimonte Museum in Naples; John Gash of the University of Aberdeen; author and curator Rossella Vodret; and David M Stone, Professor of Art History, University of Delaware.

One expert who raised doubts was Mina Gregori who told the New York Times in 2016 that she believed the painting was by the Flemish artist and early follower of Caravaggio Louis Finson (c.1580-1617), a view also supported by Gianni Papi of the University of Florence.

Although the picture was examined by the Louvre in Paris, Turquin told ATG that the museum did not rule either way on the attribution.

At a study day held at the Pinacoteca di Brera gallery in Milan in November 2016, a group of experts who examined the painting did not reach a consensus on the attribution. The possibility of the work being by Caravaggio but with the presence of a second hand was also raised at the event.

The painting has undergone several cleanings and was said to be “in exceptional condition” for a work dating from 1607. The ‘Toulouse Caravaggio’, photographed in the state in which it was found with layers of dirt across the canvas and water damage to the right side caused by a leak in the attic where it was discovered. Image copyright: Cabinet Turquin.