In the closing weeks of June, London is packed with commercial shows, museum exhibitions and art fairs. Some of it caters for top-end collectors and even museum curators, but there’s also a bustling market for those looking to buy for the first time or find that perfect piece for the home. From West Kensington to King’s Cross, here are some of the high points this weekend. 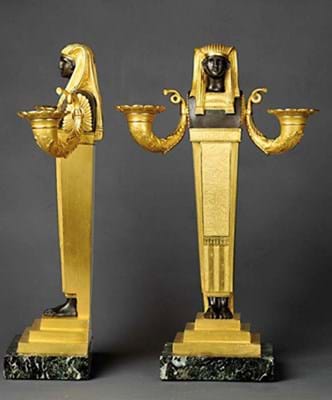 The venerable ‘Summer Olympia’ is the first of London’s blockbuster summer fairs, uniting 110 dealers under one roof. Aimed at collectors and decorators, it offers anything from paintings and furniture to perfume bottles and jewellery. After stocking up on antiques and art, head over to The House & Garden Festival to eat, drink and hunt for homewares. The fair runs until June 28.

Sorolla at the National Gallery On at the National Gallery until July 7, this weekend is one of the last chances to encounter the sun-drenched seascapes that Spain’s child prodigy Joaquín Sorolla (1863-1923) produced to widespread acclaim in his day. Sorolla: Spanish Master of Light presents both his signature sun-drenched confections as well some of his darker, quieter works. Down in south London’s Dulwich Picture Gallery, Cutting Edge features 120 prints, drawings and posters from the Grosvenor School of Modern Art. The printmakers behind these works include Claude Flight and eight of his students, such as Sybil Andrews and Cyril Power, whose scenes conjure the mood as well as the mood of 1930s Britain. Enthusiasts can find similar examples available for sale from the stand of Redfern Gallery at Olympia (see above). The show runs until September 8. Organisers describes this one-day event as a ‘mid-summer art love-in’, which gives a good sense of its vibe. On Sunday, June 23, 120 artists converge on Lewis Cubitt square to offer wares across a range of disciplines. This edition includes Nigel Waymouth, The International Neo Not Banksy Anartist Alliance and Wilma Johnson. Come prepared to barter and enjoy the entertainment that runs through the day. German artist Ulrich Erben says of his works: “Even though they’re not painted in a spontaneous manner, I don’t want them to be static. Life itself is full of spontaneities.” Your next impulsive act could be a trip to Mayfair where his abstract colour field paintings are at Bastian gallery until August 10. It coincides with his major solo show at Josef Albers Museum in Bottrop, Germany. The London-Hong Kong gallery 3182 stages its fifth annual Mind-Scape, a show promoting cultural understanding of Chinese contemporary art of ‘Eastern origin’. Director Calvin Hui says: “Their works are both forward-looking and grounded in Chinese traditions, planting the seeds for the development of Chinese art in a global context.” This is the first in the series to take place in the UK and it represents eight artists. It runs at the St James’s space until August 17.