The latest high season of auctions in Paris included a sizeable selection of Old Master and 19th century paintings. Pictured here is a selection of highlights from the latest series. 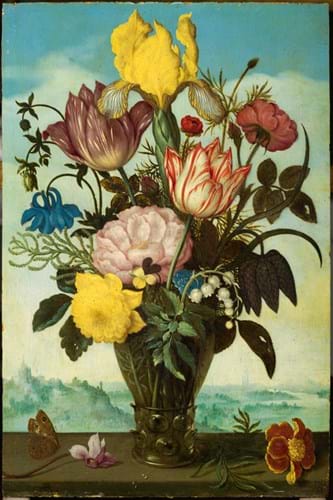 A still-life on panel of flowers in a roemer drinking glass by Ambrosius Bosschaert the Elder – €2.7m (£2.45m) at Binoche et Giquello in association with Fraysse & Associés. Image copyright: Fraysse/BinocheetGiquello/Drouot.

One of the most notable Old Master results came at the Drouot auction centre on June 19 in a sale of works from the collection of Madame Michel Binoche held by Binoche et Giquello in association with Fraysse & Associés.

A 17th century floral still life by the artist Ambrosius Bosschaert the Elder (1673-21), pictured above, sold for €2.7m (£2.45m) hammer, the highest price so far recorded at the Drouot for sales this year.

Bosschaert’s 11.5 x 7.5in (29 x 19cm) monogrammed still-life on panel of flowers in a roemer drinking glass set on a ledge in front of a landscape is notable for the rich variety of identifiable floral species included from across all the seasons. Many of these were imbued at the time with symbolic religious significance.

Bosschaert, who was born in Antwerp and died in the Hague, was the first artist to set his flower studies against a landscape background.

This painting had a provenance to the 1890s when it was acquired at a Drouot auction by a Monsieur Marc as a ‘Velvet Breughel’. A sale at Drouot held by Ader on June 24 featured another 17th still-life on panel, this time a rare example of a work from the period by a female artist. 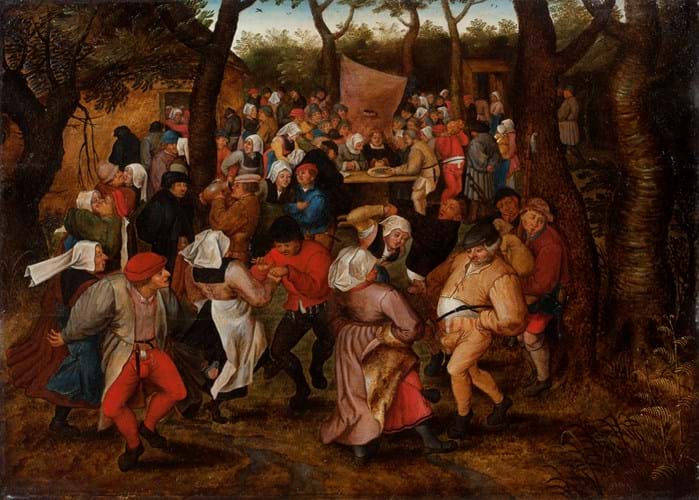 This village wedding by Pieter Brueghel the Younger (1564-1636) was the best-seller in a Drouot auction held by Aguttes on June 13. The painting had a provenance to a sale at Drouot in Paris in 1866 of a collection of modern paintings from a Vienna collector. 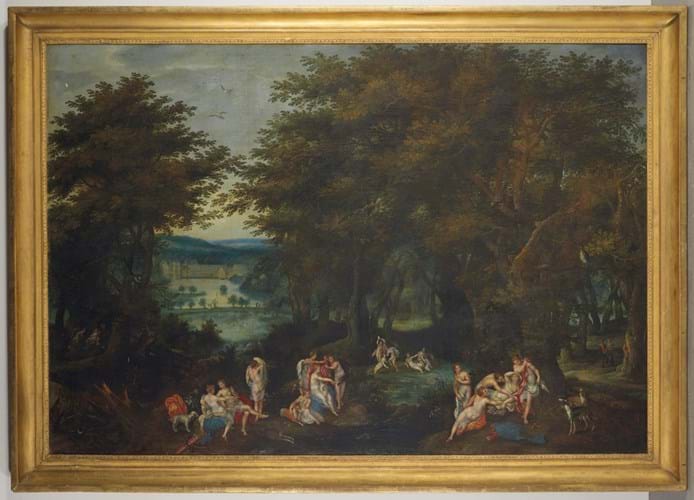 Van Alsloot was one of the best-known landscape painters of the early 17th century in Brussels. This large oil on canvas measuring 4ft 10 x 7ft 2in (1.48 x 2.2m), signed and dated Denis V Alsloot 1614, combines a wooded landscape with a mythological subject – a foreground scene of Diana discovering that the nymph Callisto is pregnant by Jupiter.

The setting is the forest of Soignes near Brussels, where the artist worked, with the priory of Gronendael in the background. More than one bidder evidently saw the potential of this portrait of a young man holding a carnation which somersaulted over its €40,000-60,000 estimate in Christie’s June 25 sale.

The 16 x 13in (41 x 33.5cm) cradled oil on panel, which had been in the vendor’s family since the late 19th century, had, said the auctioneers, been the subject of much research, leading to an attribution to the Antwerp school c.1530. 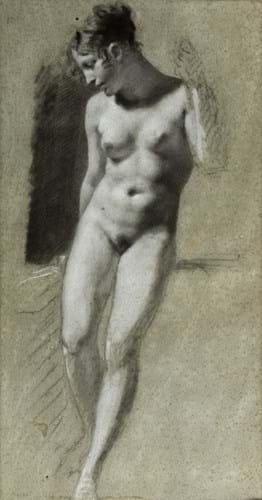 The four highest prices were provided by four lots that came by direct descent from the collections of Humbert (1876-1954) and Maurice de Wendel (1879-1961), two brothers from a family of French industrialists.

The second-highest price was paid for this work on paper, an académie (formal life drawing) of a woman by Pierre-Paul Prud’hon (1758-1823) from Maurice’s collection. The 22 x 12in (57.5 x 31cm) drawing, in black pencil heightened with white on blue paper, is thought to date from the first decade of the 19th century when the artist had a studio at the Sorbonne where he could benefit from the life modelling sessions.

The top lot of the sale proved to be a late 17th- early 18th century Florentine terracotta bozzetto for a ewer. It was moulded with a naiad and dolphins and ascribed to the circle of Massimiliano Soldani-Benzi, who was sculptor to Grand Duke Cosimo III de Medici.