Film and TV memorabilia has been growing in popularity as a collecting field in recent years, with original posters particularly sought-after. However, props are also in demand from a wide variety of sources. They are among 900 lots featuring in Prop Store’s Entertainment Memorabilia Live Auction being staged in London’s BFI Imax cinema in Waterloo, partnered with Odeon. It is the sixth such auction to be held by Prop Store.

Another lot of note comes from Julie Dawn Cole’s (Veruca Salt) personal collection: a Scrumdidlyumptious Wrapper from Willy Wonka and the Chocolate Factory (1971) estimated at £6000-8000.

Or, if your budget doesn’t quite stretch that far, try a Willy Wonka Golden Ticket Announcement Poster from Tim Burton’s remake, Charlie and the Chocolate Factory (2005), estimated at £300. 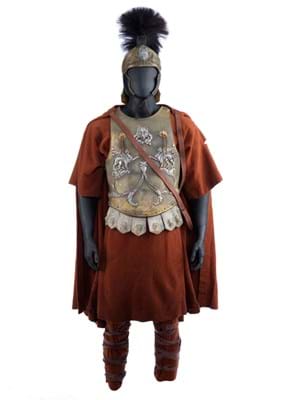 View the auction catalogue and bid live on thesaleroom.com.

Bainbridges over the moon about Neil Armstrong launch film discovery