Golding Young & Mawer has opened a valuation and consignment office in Leicester, to cover the Midlands area. 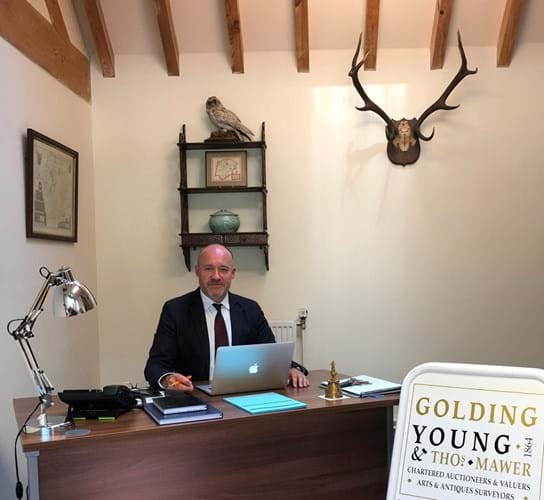 It has appointed auctioneer and consultant Richard Plant to run the office in Stoughton, east Leicester.

It is the first valuation office established outside of Lincolnshire for the firm. Golding Young & Mawer managing director Colin Young said: “Our presence in Leicestershire has simply grown year-on-year for over a decade… Richard and the team are looking forward to extending our services to a greater geographical audience above and beyond our new Leicester base.” Plant is a third-generation auctioneer who trained with the firm of Warner, Sheppard & Wade in Leicester and was director there from 1995-2003. He has been a consultant for Golding Young & Mawer for more than a decade, joining the team in the summer of 2008.

He will hold valuation days on Tuesdays at the new offices and continues to hold valuation events in nearby Billesdon on the first Monday of each month and will be available by appointment.

Golding Young & Mawer operates salerooms in Grantham, Bourne and Lincoln and valuation offices in Louth and Stamford. It also has access to an office facility in central London on a by-appointment basis.