The principal contents of Mawley Hall, the 18th-century country mansion described by Country Life as 'Shropshire’s Baroque masterpiece', will come up for auction in Cambridge next month. Mawley Hall, the 18th-century country mansion which has provided contents for Cheffins' sale in Cambridge on September 11-12.

More than 200 objects from Grade I listed estate are set to go under the hammer at Cheffins’ Fine Art Sale on September 11-12.

Lots include paintings, furniture, Chinese ceramics and an assortment of decorative antiques.

Luke Macdonald, director at Cheffins Fine Art, said: “We are expecting a lot of interest in the Mawley Hall consignment, given the high quality of the lots on offer and that they are fresh to the market.” A mid-18th century Altona Padouk and parcel gilt bombe secretaire cabinet, estimated at £15,000-25,000 at Cheffins sale of contents from Mawley Hall on September 11-12.

A mid-18th century Altona padouk and parcel-gilt bombe secretaire cabinet, estimated at £15,000-25,000 is expected to be among the leading lots. 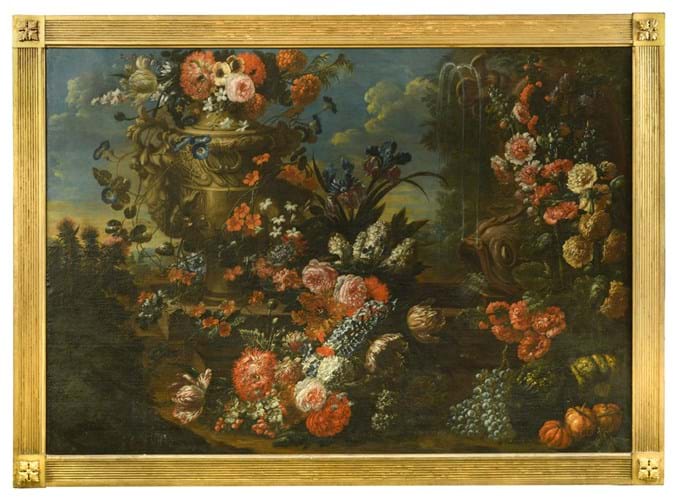 Johannes Bosschaert’s painting of a stone urn on steps decorated with flowers and fruit is estimated at £20,000-£30,000 at Cheffins Fine Art sale of the contents of Mawley Hall on September 11-12.

Mawley Hall was commissioned in the 18th century by Sir Edward Blount and has changed hands only twice since. Following its most recent purchase in September 2018 at an estimated £10m, the anonymous owners instructed Cheffins to sell the principle contents.