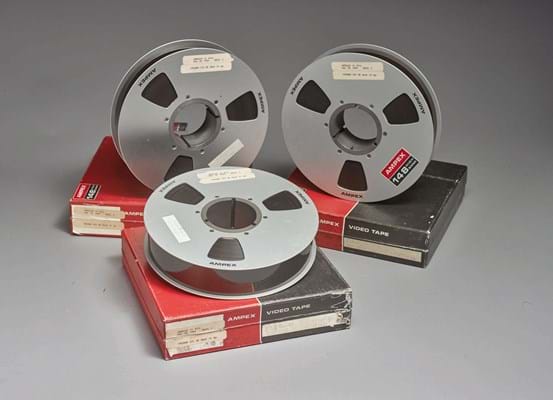 The three metal reels, with running times of around 50 minutes each, covered the entire period of the lunar landing. They were catalogued as “the earliest, sharpest and most accurate surviving video images of man’s first steps on the moon.” They show astronauts Neil Armstrong and Buzz Aldrin descending to moon’s surface on July 20, 1969, in higher-resolution than the live television broadcast watched by an estimated half-a-billion people.

The anniversary was the major focus, with other top lots including a collage of Apollo 11 memorabilia, including the first autograph manuscript written on the moon and property consigned by Aldrin. 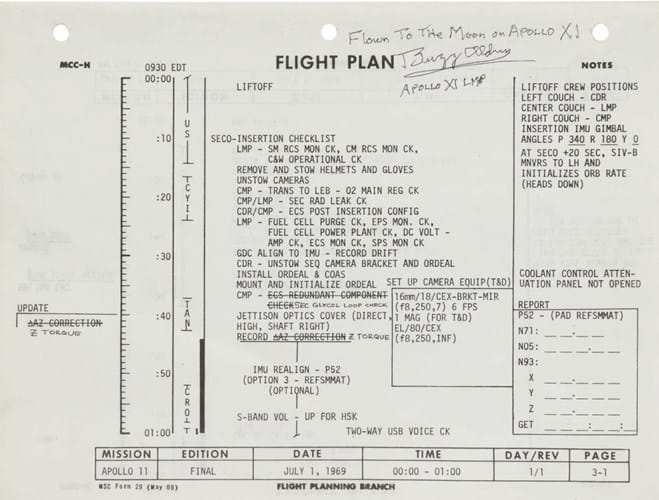 The first page of the Apollo 11 flight plan from the collection of astronaut Buzz Aldrin sold for a premium-inclusive $175,000 in the space exploration sale at Sotheby’s New York on the anniversary of the first manned moon landing on July 20.

Flight plan pages from the same mission also topped Christie’s space exploration sale in New York two days before, with one set of annotated leaves making a premium-inclusive $62,500 (£50,000). However, the highest estimated lot at that event, the timeline book from the moon landing pitched at $7m-9m, failed to get away. It was bought in at $5m, according to Artnet news. The entire sale fell short of expectations, totalling $907,000 (£728,000).