Here are five examples of modern jewellery that were sold yesterday in Birmingham. Earlier this week we previewed this auction. Now we review the hammer prices for the five items we chose. 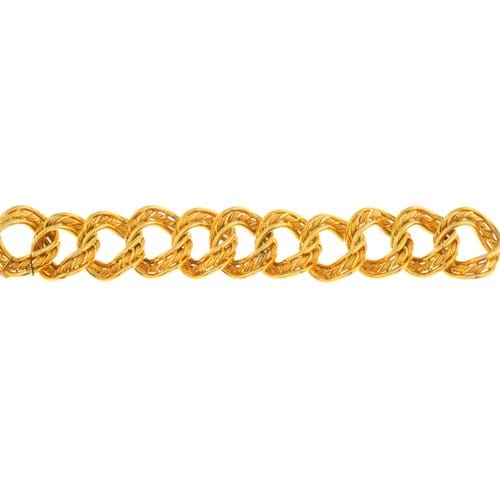 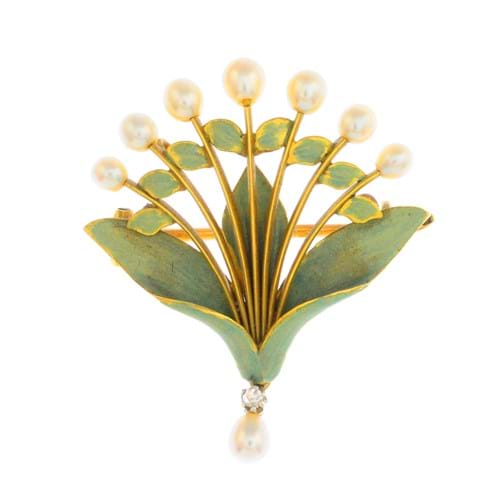 This early 20th century 18ct gold diamond cultured pearl and enamel brooch is designed as a green enamel foliate spray, with graduated cultured pearl buds. It has a suspending rose-cut diamond and cultured pearl drop. With a maker's mark for A. Beaudouin, it is believed to be a Georges Le Turcq design. Estimated at £2000-2500, it sold below estimate at £1900. 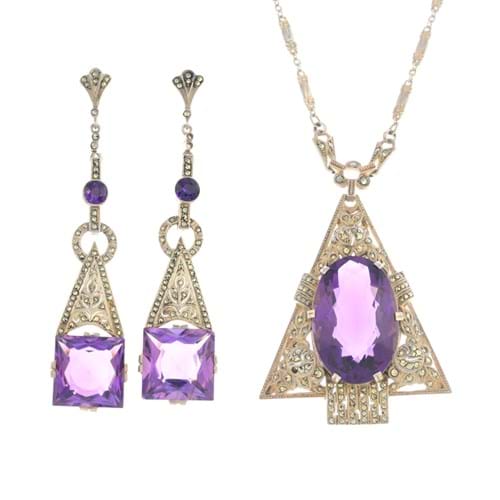 This early 20th century silver amethyst and marcasite pendant and earrings bear a maker's mark for Theodor Fahrner (1859-1919). Designed as an oval-shape amethyst with marcasite openwork geometric panel, the necklace is suspended from an integral fancy-link chain, with amethyst bead highlights, and comes with similarly designed earrings. Estimated at £450-650, it sold at £740. This 1970s silver acrylic 'Space Apple' pendant, designed as a stylised apple, with vari-hue acrylic abstract detail, is suspended from an integral fancy-link chain. Signed Lapponia, with a maker's mark for Björn Weckström, the piece has Finnish convention marks. Estimated at £300-400, it sold at a mid-estimate £360.

The full catalogue of the auction can be found on thesaleroom.com.

See also our original preview of these jewellery items.