The belongings of Lady Lucan, who died last year, and Lord Lucan, who vanished over 40 years ago, are coming up for auction in Banbury next month. 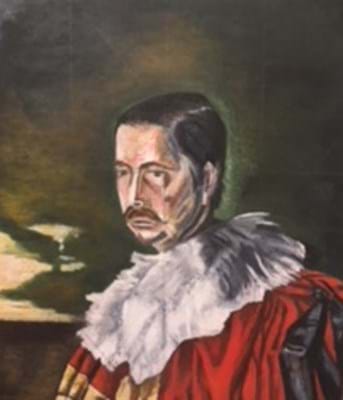 Lady Lucan is reported to have left her estate to homeless charity Shelter.

Separately a number of items have been consigned to Holloway’s Auctioneers, including clothing and possessions once owned by Richard John Bingham, 7th Earl of Lucan.

The sale will take place on February 13 and the lots are still being catalogued and are without estimates as yet.

Among the lots that came from Lady Lucan’s home in Kensington are a portrait by Lady Lucan, canes, umbrellas, a top hat, a champagne bucket, a chair which Lord Lucan’s grandmother sat on at the coronation of King Edward VII in 1902 and a coat of arms for the Lucan family. From Lady Lucan there are a number of dresses and accessories. It is not the first time items belonging to Lord Lucan have been offered for sale. A series of cheques showing Lord Lucan’s spiralling gambling debts emerged at Dix Noonan Webb in April 2016.

Lucan, a banker and gambler, disappeared in 1974 after he was suspected of killing the family's nanny Sandra Rivett. He was declared dead by the High Court in 1999.