“A sanctuary of fine art and antiques”: Sworders sweeps back the curtains ahead of historic Hertfordshire estate contents sale – video

Sworders has said that its upcoming auction of the primary contents of the historic Hertfordshire estate North Mymms Park will be “among the finest house sales we have conducted in 30 years”.

Releasing more details of the auction that will be held at the Stansted Mountfitchet saleroom next month, chairman and auctioneer of Sworders Guy Schooling said the 650-lot two-day sale would be “one of the most important auction events of the spring”.

In a promotional video it has produced, which included the use of a drone to record some panoramic footage of the Jacobean country pile, the auction house provided an overview of the history of the collection and gave a snapshot of some of the silver, furniture, portraits and tapestries that it contains. With 19 tapestries forming the centrepiece of the sale; over 100 paintings from 16th century panels to Victorian marines; European, English and vernacular furniture; and silver ranging from Georgian tableware to post-war goblets, Schooling described the collection as “a sanctuary of fine art and antiques” that “spans five centuries of artistic endeavour”.

And, not forgetting, one of the quirkier lots in the sale – an unusually large George III mahogany apothecary’s cabinet, offered complete with 19th century contents.

The North Mymms Park auction will take place on April 17-18. 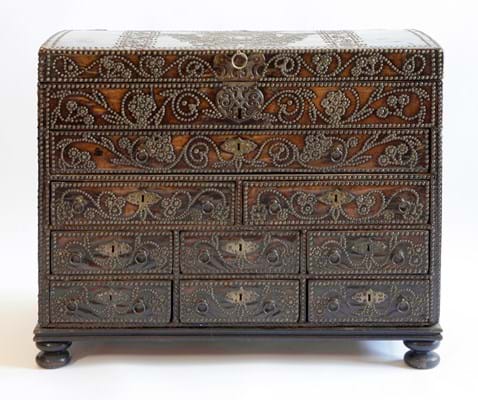 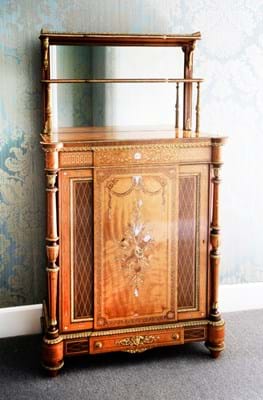