A scarce coin showing a portrait of the first Tudor monarch has been bought at auction on behalf of the Royal Mint Museum for £44,000. 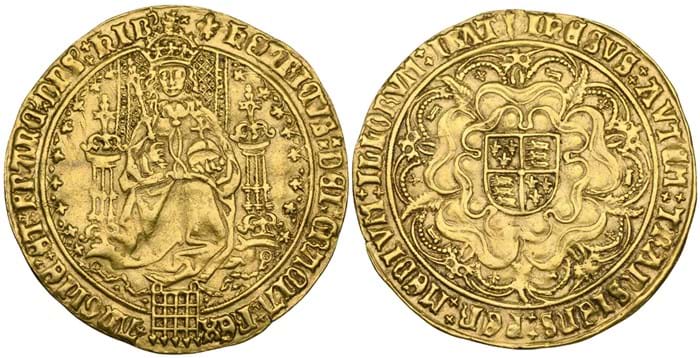 The coin was purchased in the room on behalf of the Royal Mint Museum based in Llantrisant, south Wales, achieving a record price for a testoon at auction. The previous record for a testoon was £38,400 achieved in 2015, says Morton & Eden.

It was included in what the saleroom described as an “outstanding collection of some of the rarest and most classic examples of early British coinage” featuring more than 300 lots.

The greater part of the collection was formed by Dr John Sharp, one of the great British coin collectors of the 17th century. Born in 1644, he became an enthusiastic student of coins and medals. His interest seems to have begun around 1687 when, as Rector of St Giles in the Fields in London, he “‘found it a good divertisement in the evening”. He later became Archbishop of York from 1691 until his death in 1714.

A 12th century silver penny struck in York in the name of Eustace Fitzjohn sold for £24,000 at Morton & Eden in London on December 7.

A 12th century silver penny struck in York in the name of Eustace Fitzjohn, an extremely powerful knight in the north of England, who controlled Bamburgh, Alnwick and Malton castles, sold just below top estimate at £24,000 hammer.

The collection also included fine examples of George III anti-slavery medals. Among them was a very rare silver medal dating from c.1790 depicting a slave kneeling in chains and bearing the inscription whatsoever ye would that men should do to you, do ye even so to them. Estimated to fetch £600-800 it sold for £2800 hammer. George III anti-slavery medal sold for £2800 at Morton & Eden in London on December 7.

James Morton, director of Morton & Eden, who had catalogued most of the coins said: “This was an exceptional collection with a highly distinguished and famous provenance which thoroughly deserved the excellent and positive response accorded to it by collectors, dealers and museums alike.

"It is a rare privilege in this day and age to offer fresh material to the market of such interest and indeed importance in a numismatic sense.”