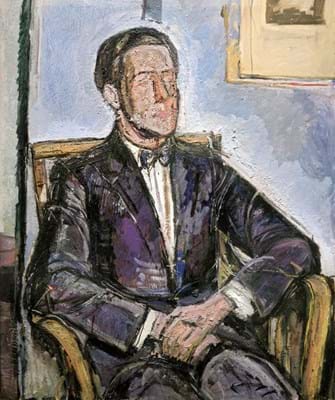 It would have been even shorter but for two highlights that drew prolonged phone bidding and contributed over three-quarters of the total.

Consignments were thinner as sellers held back in part due to uncertainty of the outcome of tomorrow’s EU referendum in Britain. The reduced totals at the New York sales last month also did little to inspire vendors. Christie’s sale tonight is also light in terms of the number of lots with 36 works on offer.

Sotheby’s equivalent sale last year offered 50 lots. Back then the total including premium was £178.6m whereas here it was £103.3m.

When asked after the sale whether the referendum had affected the sourcing of material, Sotheby’s global co-head of Impressionist & Modern art Helena Newman said: “The main reason for the reduced volume was that there were no big collections or estates this time. Brexit was a factor for some consignors but not for the majority. We have global sourcing for these events.”

Pablo Picasso’s Femme assise of 1909 led the auction, selling at £38.5m. It was estimated ‘in excess of’ £30m and came down to a battle between two phone bidders. The winning bid was placed by a client bidding through Adam Chinn, a partner of the advisors Art Agency which was acquired by Sotheby’s earlier this year.

Helena Newman said: “Whilst major paintings from other key periods by Picasso have appeared on the market in recent years, it has been decades since a Cubist painting of this calibre has been offered at auction, since virtually all the significant works of this period are in international museums and institutions.”

Also selling on the phone was the other major work of the sale: Jeanne Hebuterne (au foulard) by Amedeo Modigliani. It overshot an estimate ‘in excess of’ £28m as it drew a three-way bidding contest and was eventually knocked down at £34.25m.

It came to auction from a private Norwegian collection and was originally owned by Olaf Schou, the industrialist, art collector and patron who was a friend and great supporter of the artist.