The 1933 George V penny is perhaps the most famous of all British coins. At the time, the Royal Mint had a surplus of pennies, so only a handful were minted for ceremonial and record purposes.

For generations before decimalisation in 1971, people all over the UK would check their change – just in case.

Of the seven coins thought to exist, three are in private collections. This well-preserved example, with a pleasing red-brown patination, offered what the auctioneers called “a once in a generation opportunity”.

The price at the auction on August 11 bears comparison with another rarity relating to the 1933 story – a pattern coin by engraver André Lavrillier. 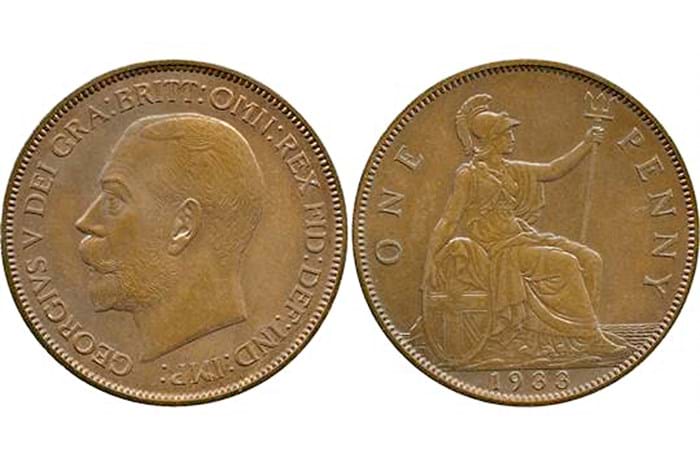 A Lavrillier pattern for the 1933 penny sold by Baldwin’s of London for £72,000. The unused design was criticised by the Mint committee for the unflattering shape of George V’s neck.

The Frenchman’s design (criticised at the time for the unflattering shape of the neck) was ultimately rejected by the Mint. Of the four patterns that were made, one is held in the Royal Mint Museum, while the other three are in private hands.

The buyer’s premium at Heritiage Auctions was 17.5% premium.

The buyer’s premium at Baldwin’s was 20%.