This gold and peacock blue enamel necklace designed by Archibald Knox sold for £31,000 at Mallams in Oxford. 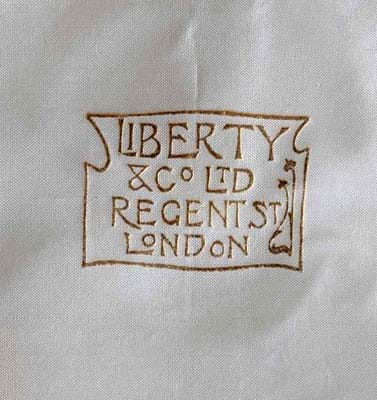 The necklace, comes in its original case signed to the silk Liberty & Co Ltd, Regent Street, London, and a sketch for the design appears in the Liberty Sketch Book numbered 8021.

Knox specialist Stephen Martin has requested an image of its sinuous lines for a new edition of his book on the designer.

Its impeccable design credentials were matched by its provenance. It came for sale from the family of the Liberal Party politician Hilda Runciman (née Stevenson), Viscountess Runciman of Doxford (1869-1956).

Born in Westoe, Co Durham, the daughter of a Liberal MP for South Shields, Hilda was educated at Girton College, Cambridge, where she gained a first in history.

By repute this daring necklace, fashioned in the Celtic revival style, was given to her by the college in appreciation of her fundraising endeavours.

She became an MP in her own right in 1928, when she was elected as member for St Ives.

The buyer’s premium was 20%