The stock of the Austrian-born British studio potter Lucie Rie (1902-95) continues to rise in the saleroom. 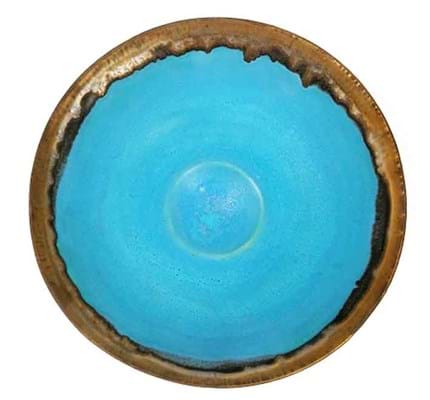 The sale of British art pottery conducted by Woolley & Wallis in Salisbury earlier this month included this large flaring porcelain bowl which sold at £47,000.

Measuring 10in (25cm) across, it was much admired for its vibrant matt blue pitted glaze highlighted to the rim in manganese and bronze. It had been purchased by the vendor directly from the potter's small studio in Albion Mews, near Hyde Park in the 1980s.

The winning bid at the sale on December 3, tendered by an overseas collector at more than ten times the low estimate, is believed to be a record for Rie - bettering the $65,000 (£42,000) bid for a conical bowl with a golden manganese glaze and sgraffito decoration c.1982 sold by Phillips in New York in December 2013.

The price will also be subject to the artist's resale levy that the auctioneers collect on studio pottery.

The buyer's premium at Woolley & Wallis was 22%.