The annual sales figures issued for several of the major French auction houses (or French branches of international auction houses) showed that for many, though not all, they saw an increase over the previous year despite what has been a difficult economic climate. 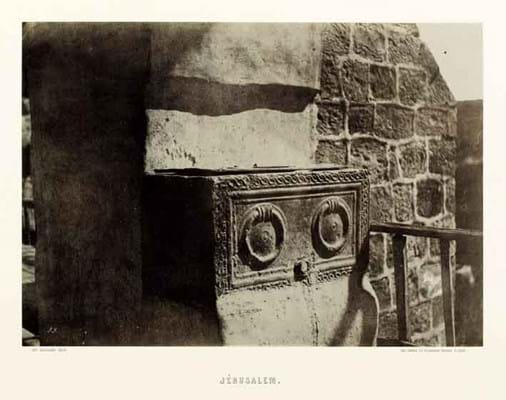 Christie's and Sotheby's both produced statistics for their Paris rooms for the January to December period.

Artcurial recorded a substantial 24% increase over 2012 for their auction sales, bringing their figure to €178.1m, not far behind the two 'Anglo-Saxon' rooms.

The increase in private sales - a process appealing to vendors who prefer to do business away from the glare of the rostrum - is a feature that has been noted worldwide across the major salerooms. The other ongoing trend stressed by these three rooms is their increasing reliance on overseas buyers.

Christie's said that 75% of their sales by value went to foreign collectors. Sotheby's noted that 67% by value and 78% by volume of their sales were to overseas buyers (and 56% in value were consigned from abroad), while Artcurial said that 70.5% of their lots sold in excess of €50,000 went to international buyers.

Other end-of-year figures came from Tajan, whose €42m for this year represents a 12.5% increase on 2012, and Piasa, who increased their sales by a substantial 33% on last year at €36m. Around a quarter of Piasa's sales (€9.5m) were provided by their department of design in their newly created Left Bank saleroom Piasa Rive Gauche, which opened this spring.

The Drouot auction collective, a cooperative of 74 participating members, made €407m in sales.

This represents a drop on the €431m recorded in 2012 partly accounted for, say Drouot, by a three-month reduction in activity due to extensive renovation but also "a marked slowdown in the French economy especially in the second half of the year". The collective went on to note, however, that there had been compensations, particularly in the strong presence of foreign buyers bidding both in situ and via the DrouotLive online platform.

Beyond Paris, the Ivoire group, which has now expanded to 12 regional auction houses with the addition of rooms in Angers and Bordeaux, posted a sales figure of €65m against €77.2m in 2012.

There have been buoyant performances and individual results in some of the sectors that are traditional French strongholds: books and manuscripts; Art Deco and decorative arts and photographs.

Strong individual results have also been recorded elsewhere, for example the wooden ancestor figure from the island of Tanimbar in the Indonesian archipelago which fetched €330,000 (£289,475) at Binoche and Giquello last December.

There were also strong performances in the fields of Impressionist, Modern and Contemporary art, which produced several of the highest individual prices of the year.

Sotheby's recorded the year's highest price for a painting sold in France when they obtained €5.7m (£5m) for Modigliani's Portrait of Roger Dutilleul  in December, one of 26 lots that passed the €1m mark in their rooms this year, while Artcurial obtained €5.3m (£4.65m) for Aristide Maillol's sculpture La Rivière when they auctioned works from the collection of the sculptor's muse, Dina Vierny, on December 2.

Christie's highest price of the year was provided by a piece of top-flight medieval sculpture, the mid 15th century alabaster figures of mourners from the tomb of the Duc de Berry, which realised €3.5m (£3.07m) in November.

It would be very unusual not to see Asian art figuring prominently somewhere in any listing of top auction results. Last year the highest price recorded at Drouot by a very large margin was the €3.75m (£3.17m) paid out in Junefor the rare Tang dynasty painting of the cortege of the Empress Wu Zetian.

The result was something of a sleeper. The fragmentary painting, which was featured among a collection of Chinese paintings offered for sale by Thierry de Maigret in July last year, was guided at a modest €1500-2000.

It was not, however, the most expensive Asian work sold in France last year. That price was bested out of town by a Japanese Edo period export coffer sold on June 9 at the Château de Cheverny in the Loire by Rouillac. It ended up going to the Rijksmuseum in Amsterdam for €5.9m (£5.26m)

Looking forward to this year, the spring will see a major sale in the field of decorative arts when two of the auctioneering heavyweights, Sotheby's and Artcurial, once more join forces to sell the 20th century collection of Felix Marcilhac in March.

* Sales totals given in this article are premium inclusive, but individual results are hammer prices.