One of Claude Monet’s paintings from his celebrated Water Lilies series led a slightly mixed round of Impressionist & Modern art auctions in London last week. 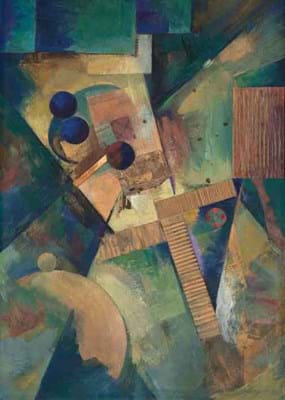 Offered at Sotheby's evening sale on June 23, Nymphéas was estimated at £20m-30m and two phone bidders carried it up to £28.25m before it was knocked down to an anonymous buyer bidding through David Norman, the New York-based co-chairman of Sotheby's Impressionist and Modern art department worldwide.

The price was greater than some had predicted in light of its lack of market freshness; it had failed to sell at Christie's London in June 2010 against a £30m low estimate. However, Sotheby's senior director of Impressionist & Modern art in London Philip Hook said after the sale: "The picture was helped by the more conservative estimate here and also there are now a new range of buyers operating in this sector including Asians, Russians and South Americans. There was bidding here from clients who simply weren't around four years ago."

In the event, the underbidder was represented in the room by Kevin Ching, CEO of Sotheby's Asia.

The vendor had acquired the picture at Christie's New York in May 2000 for $19m (£12.4m) and since 2011 it has been on loan to the Museum of Fine Arts, Houston. Sotheby's had ensured the picture would not be left unsold for a second time having arranged a third-party guarantee.

Nymphéas (Water Lilies) from 1906, was a 2ft 11in x 3ft 3in (89cm x 1m) oil on canvas and was one of around 250 paintings in the Water Lilies series upon which the artist concentrated over the last 30 years of his long career. Many of these are now in public collections, including other works created in 1906 which were all painted from the same spot, giving a close-up view of the lily pond at the artist's garden at Giverny.

The version at Sotheby's had a relatively square format and was unlined, which the auctioneers said gave it special appeal. The price was the second highest for Monet at auction, only behind the larger Le Bassin aux Nymphéas from 1919 which took £36.5m at Christie's in June 2008.

The sale posted a hammer total of £106.4m, roughly mid-way within the £86.2m-123.9m estimate. The selling rate from the 46 lots was 91% and, crucially for the auctioneers, all of the more expensive lots got away.

These included two further works by Monet which came from the collection of the late Ralph C. Wilson Jr, the former owner of the American football team the Buffalo Bills. The two landscapes took £7.55m and £7m respectively, selling to different buyers, one of whom was a US private collector.

Christie's Imps & Mods evening sale the following night had a slightly less impressive selection on offer this time round and so the bidding was a bit more patchy. The £74.3m total was below the £96.5m-141.5m estimate with 67% of the 60 lots finding buyers.

However, strong competition came for the top lot of the night, a mixed-media abstract composition from 1920 by Kurt Schwitters (1887-1948) which was formed from debris he had found scattered on the streets of Berlin. Ja - Was? - Bild was an oil, paper, corrugated card, cardboard, fabric, wood and nails on board which had been owned by German collectors Viktor and Marianne Langen and was consigned by their descendants.

Measuring 3ft 7in x 2ft 8in (1.09m x 80cm), it was a large and colourful example of the artist's work and, estimated at £4m-6m, it drew multiple phone bidders and was eventually knocked down at £12.4m, setting an auction record for Schwitters.

Overall, the hammer total for the series was £219.49m, which was above the £182.4m from the equivalent series last year but well shy of the £356m seen in the bumper London sales in February.

The leader of the pack