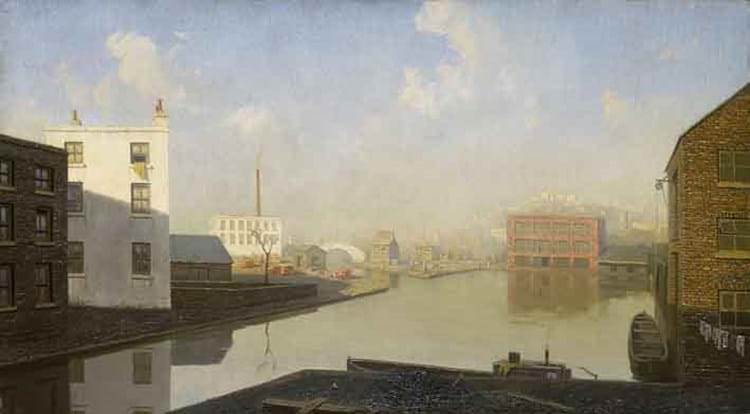 His landscapes are imbued with such a sense of weighty stillness, as though waiting for some sinister or monumental event to take place. The artist himself once said: "I tried to create something in every picture I painted, a mood, a mental atmosphere, a sentiment." And he certainly does create an atmosphere.

This undercurrent of anxiety, which weighs heavy on his pastoral and urban landscapes, renders his work discomforting and perhaps not widely commercially appealing despite his skill; Newton remains comparatively little known today.

One man who thinks he is hugely under appreciated is the London sculpture dealerDaniel Katz. Although Mr Katz deals predominantly in European sculpture, he is well known for being a discerning collector of Modern British art, frequently buying works at the top end of this market around the salerooms.

His stand at the recent Frieze Masters fair was also a medley of sculpture from antiquity to the 20th century, mixed with paintings by Modern British masters.

He has delved into his own collection for a non-selling exhibition titled The Peculiarity of Algernon Newton from November 28 to December 21 at his 13 Old Bond Street gallery.

The show has been five years in the making and 16 paintings by Newton will be on display, painted in the 1930s and '40s and clearly strained by the events around Europe. Newton volunteered for the army in 1914, before being invalided out in 1916, and he harboured strong pacifist feelings during the Second World War.

Mr Katz has a particular interest in British artists who were living through, and responding to, their experiences in the two world wars, and has conducted detailed research into Newton's life in the archives of the Tate and Royal Academy.

The paintings on show encompass Newton's dual interests - the gritty canal scenes of London such as the work shown here, enhanced with a Canaletto-esque grandeur, alongside rural landscapes, painted with a similarly film noir-style lighting.