TWENTIETH century and Contemporary art underlined their status as the key growth areas for the major auction houses when London’s June round of Part I Impressionist, Modern and Contemporary sales netted £120.4m. Six months ago the equivalent sales took £94m, while back in June 2003 – when war was raging in Iraq – they could only muster a relatively modest £81m. 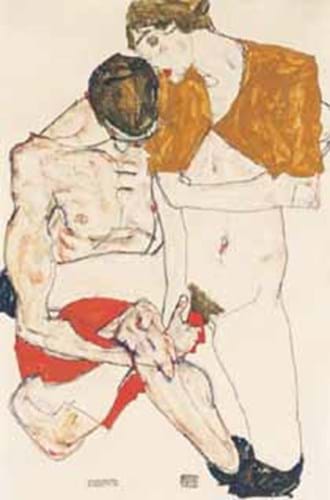 In terms of both depth of bidding and overall selling rates, if not individual highs, Contemporary art continues to dominate. Coincidentally, Sotheby's and Christie's respective Part I Contem-porary sales on June 23 and 24 both netted £14m with 90 per cent of the material sold and top prices of just over the £2m mark. At Sotheby's Jean-Michel Basquiat's enormous 1982 African mask canvas, Untitled, reached £2.2m, while at Christie's the following evening, Francis Bacon's triptych, Three Studies of Isabel Rawsthorne, was taken to £2.1m. Both lots were thought to have been bought by New York dealers.

By contrast, demand for Impressionist painting remains problematic. A number of high-value paintings by Sisley, Monet and Renoir struggled to attract bidders at Sotheby's and Christie's Part I Impressionist & Modern sales on June 22 and June 23. Sotheby's conspicuously stronger 60-lot offering netted £61.5m with an overall selling rate of 73 per cent, while Christie's took £29m from 46 lots with a take-up of 67 per cent.

At Sotheby's, Renoir's less than market-fresh 1871 Portrait de Rapha Maître (est. £6m-8m) was the most costly failure, but there was intense bidding for Van Gogh's never-previously-auctioned 1888-89 canvas, Deux Crabes, which tripled its estimate in reaching £4.6m. Demand at Bond Street was conspicuously more enthusiastic for 20th century material, particularly when 15 Egon Schiele drawings came under the hammer from the collection of the New York hedge fund magnate Michael Steinhardt. Though widely criticised in the trade on the grounds of their condition, the sheer quality of the images in the group inspired a massive £10m against an estimate of £5.9m-8.2m, with a record £1.7m paid on the telephone for the powerful 1913 double figure drawing, Liebespaar (Lovers), pictured right. Overall top price went to Modigliani's 1918 portrait, Garçon à la Veste Bleue at £5.5m (est. £3.5m-4.5m), but this was considerably less than the $10.5m (£6.2m) it fetched at auction in May 1990.

Having seen patterns of demand at Sotheby's, a number of reserves were dropped for Impressionist lots at Christie's the following evening and Sisley's 1891 canvas Le Pont de Moret, Effet du Matin was knocked down at £850,000 against a lower estimate of £1m-1.5m. Once again, demand perked up once the year 1900 was passed. Kandinsky's vibrant 1909 landscape Dünaberg was pursued by five bidders to £2.7m, almost doubling the £1.4m it fetched in the same rooms in 1997, and Matisse's exceptionally decorative 1942 canvas, Odalisque au Fauteuil Noir, predictably topped the bill at £5.9m, just above the pre-sale estimate of £5.5m.

London's status as the main European venue to sell high-value Modern and Contemporary art also looks as though it will be strengthened by the presence of Bonhams' recently revamped rooms in Bond Street. Bonhams' 176-lot Modern and Contemporary sale on June 21 contributed a tidy £2.9m to the week's proceeds, bolstered by the £1.4m achieved for Modigliani's c.1916 portrait, Christina, and a record £80,000 for Anthony Gormley's stainless steel Quantum Cloud XIV. A selling rate of 51 per cent was rather less impressive, but Bonhams nonetheless look as though they could be an increasingly significant player in London's Modern and Contemporary market.