The market for sporting memorabilia is a diverse area of the antiques market, not just because the range of sports covered – from boxing to bowls – but also due to the vast spread of object types available to collectors. 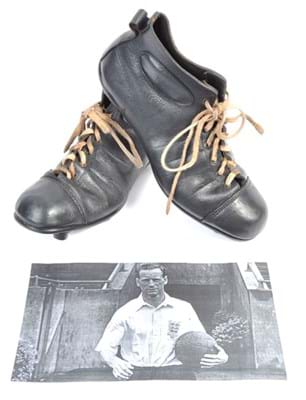 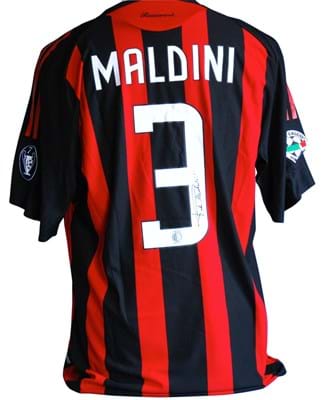 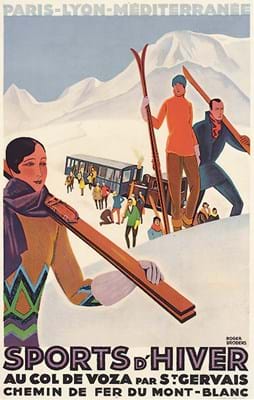 Almost every sporting activity you can think of is represented in the memorabilia market and many sectors of the antiques industry have their own sporting sub-sector: silver, ceramics, paintings, works of art and books, to name but a few.

The items that command the most attention are normally those that relate to either the early history of a particular sport or a famous player, special match or competition.

The field is so vast that most collectors focus on one area. There are those who collect all memorabilia relating to their chosen sport, but there are also people who collect items only relating to their favourite team. Others favour particular items like match programmes or cigarette cards, often trying to complete the whole set.

Most buying is based on an emotional connection to the sport (serious collectors tend to be serious fans) but some elements of the market are based on decorative appeal. The former may well include people who will pay out for pieces of sporting equipment - a football shirt worn by a club legend or a cricket ball used to hit the winning runs in a famous Ashes series - while the latter could involve items with serious wall-power such as an Olympic poster. This cricket ball from England's notorious “bodyline” Ashes tour of Australia in 1932-33 sold for £10,000 at Plymouth Auction Rooms in June 2005. Used at the third test match of the series in Adelaide, it was mounted on a wooden shield and signed by 10 England team members.

The sporting sector offers something for collectors on all budgets. There are plenty of affordable areas, including autographs, ticket stubs and photos, where prices start at just a few pounds.

Ceramics on a sporting theme can also be a low-cost option for new collectors, but at the same time it is remarkable how a golf, cricket or football themed-item can turn an otherwise ordinary 19th century object into something infinitely more desirable.

At the very height of the market, the auction record for a piece of sporting memorabilia was set at Sotheby's New York in December 2010 when the original copy of the rules of basketball sold for a premium-inclusive $4.3m (£2.91m).

The market itself dates back to the days when sport began to develop from a pastime into a form of organised competition. The collecting culture first revolved around gentlemen enthusiasts whose interests tended to focus on traditional sports such as hunting, angling, horseracing, golf, cricket and tennis. Golf societies, for instance, began to spring up in the 19th century and they soon started to form their own collections of classic clubs. In 1866 the Union Club House in St Andrews put its collection on permanent display and by 1901 the market had evolved to the point where a large international exhibition of golf memorabilia was held in Glasgow.

As time has gone on, more and more sports have emerged with well-supported memorabilia markets. The relatively new game of baseball dominates the market in the United States. In Europe, during the second half of the 20th century, football and rugby developed into strong collecting areas, to the extent that they are now challenging - and in the case of football exceeding - the more established sectors in terms of their market share.

As with most other sectors of the antiques market, the pitch seems unduly tilted with the top-end items running away in terms of commanding high prices but the middle- and lower-end finding the ground heavy going.

At auctions, the items which generate the most bidding tend to be distinctive in some way, and high-profile consignments with famous associations can sometimes draw press attention that takes prices to truly extraordinary levels.

Collectors know that the best way to ensure that their purchases hold their value or appreciate, is to buy quality, and the current economic downturn has only served to increase this selectivity.

However, supported by an eclectic body of specialist dealers, auctioneers and collectors, the sporting memorabilia market has proved adaptable. In recent times the internet has broadened the scope of the marketplace significantly and encouraged a healthy new following to enter the sector.

Perhaps the sport which best demonstrates the selectivity that exists in the market is golf.

The 1980s and 1990s were something of a boom-time for golfiana, with American and Japanese buyers, as well as specialist collecting societies, underpinning the market. However, things have now changed and the collecting societies, such as Spain's Valderrama Golf Club, are no longer the visible force in the saleroom that they once were. After the Japanese economy began to falter in the late 90s and the body of ageing American collectors started to dwindle, the whole market contracted and buyers are now significantly more selective in their purchases.

For instance, a decade ago, standard early 20th century hickory-shafted golf clubs were the dependable stalwart of the saleroom, selling in sets for the equivalent of £20 to £30 each. These clubs are now fetching between £8 and £12 each, and the number of clubs that find buyers at auction is significantly lower. The same is true of the early balls - the pre-1850 feather balls or 'featheries' and the first gutta percha balls made in a myriad of different patent designs. Vendors of balls that could often command five-figure sums in the 1990s are now having to settle for four-figure returns instead.

However, the flip-side of this means that, for buyers, especially new collectors, there are now plenty of relative bargains to be had.

There are also hopes that China's developing enthusiasm for the sport will yield to a market resurgence in the future - something indicated by the sale of 7000 hickory-shafted golf clubs to a Chinese businessman in April 2009 in a single sale made by an Edinburgh dealer (click here for full story).

Either way, when the right lots come up, the old school collectors, including the big American buyers, will still emerge. For instance, despite the rather patchy performance of Sotheby's sale of the Jeffery B. Ellis collection in New York in September 2007, the overall $2.17m total was a record for a golf-memorabilia auction and the premium-inclusive $181,000 (£93,780) paid for an 18th century long-nosed putter stamped 'A.D.', purportedly for Andrew Dickson (the first club maker to mark his clubs of which only four examples are known), was an auction record for any golf club.

In the UK domestic market for sporting memorabilia, football is the sport that currently delivers the most supply, both in terms of the number of items and their overall value, and the most demand.

Some areas of the football market, particularly the programmes and medals, have been collected for a long time, but others such as shirts, boots and signed photographs have only moved to the forefront of the sporting memorabilia market over the last decade. Traditionally, the club with the biggest collecting following is Manchester United, which is then followed by the London clubs with the largest fan base - Arsenal, Tottenham and Chelsea.

The supply is helped by players from a previous generation selling their personal collections. There has been a healthy crop in recent years, including the much-publicised sale of the collection of Manchester United legend Nobby Stiles at Convery Auctions' sale in Edinburgh in October 2010.

Pre-1900 FA Cup and international material remains the most sought after area in football programmes. They continue to see a good take-up.

In November 2010, Graham Budd Auctions (in association with Sotheby's) offered what was believed to be the earliest programme for an England home international match, a game against Ireland on March 2, 1889 held in Liverpool which England won 6-1. Estimated at £6000-8000, it was knocked down at £8400.

Angling collectors typically focus upon the tools of the trade, related literature and prize catches cased by a taxidermist or carved in wood. The market is truly international (American tackle is a field on its own) but some makers, particularly the famous Hardy firm in Alnwick, have assumed iconic status. Collectors seeking, for example, to collect the numerous variants of the Hardy brass Perfect trout reel, require great technical knowledge and deep pockets to match. A market movement in more recent years has been the growing interest, in the UK at least, in the coarse fishing reels produced by manufacturers located in Redditch, just south of Birmingham, including Allcock, Partridge, Wilkins, Milward's, Lee, Martinez & Bird and J.W. Young.

Lures, gaffs, nets, tied flies, fly 'reservoirs', creels and (to a lesser extent rods, which are often more difficult to display) add to the collecting variety.

Like fishing antiques, cricketing memorabilia has a long collecting history and enjoys a broad collecting base in both the home market and in the other cricket-playing nations.

The rare survivors from the early history of the game, plus memorabilia relating to celebrated players or matches, provide the 'trophies' in this market. Early issues of the annual Wisden Cricketers' Almanack are notably in consistent demand as witnessed when the MCC sold 110 cricket books at Christie's South Kensington on November 2010, raising in excess of £540,000 towards the conservation and enhancement of the core collections at Lords. 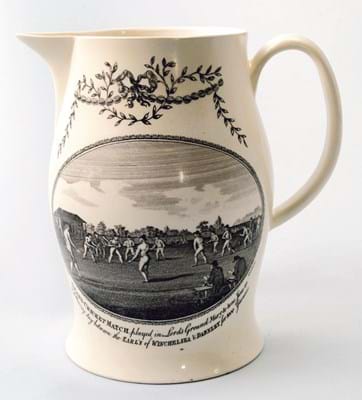 The long history of the game dictates that cricketing ceramics and related works of art do survive from the late 18th and early 19th centuries (see report on the Crump collection) but highly desirable pieces were made by factories such as Royal Doulton into the 20th century.

Ashes memorabilia has a special status for the English and Australian collectors who dominate the market. Bats and balls provenanced to famous games and the caps worn by great players of the pre- and immediate post-War era are avidly collected - the 'baggy green' cap worn by Sir Donald Bradman during the 1948 'Invincibles' tour sold for a record Aus$402,500 at Charles Leski Auctions in Melbourne in December 2008.

Specialist sporting auctioneers include Graham Budd in London, Convery Auctions in West Lothian, Mullock's in Shropshire and Knights in Leicester.

A small number of other salerooms, such as Bonhams and McTear's of Glasgow, have a dedicated sporting department, while others such as Greenslade Taylor Hunt in Somerset, Brightwells in Leominster and Golding Young in Lincolnshire stage regular dedicated sporting sales.

There are also a few salerooms that focus primarily on a specific sport such as cricket specialists T. Vennett-Smith in Nottinghamshire and Angling Auctions in Chiswick.