Those who thought that they could never afford a Henry Moore, Bridget Riley, John Piper or even David Hockney, might be surprised to discover that it is not such a far-fetched ambition, even on a relatively modest disposable income, thanks to the world of the Modern British print. The prints market encompasses work by artists from the 20th century, starting with the Camden Town Group and the Bloomsbury Group, and moving on through Vorticism and pre-War luminaries such as William Nicholson and Erics Gill and Ravilious, to post-1945 art by the likes of Henry Moore, Barbara Hepworth, John Piper, Terry Frost and Victor Pasmore.

Original prints - where the artist has had a direct involvement in the creation of the print - in their limited editions, are often seen as the entry point into the market for new collectors of fine art, where they can dip a toe in the water without taking the huge plunge of investing large sums in masterworks like oil paintings.

David Hockney, for example, whose paintings and photomontages have soared in price in recent years, can still be found in limited edition print form for a few hundred pounds. His print prices spiked in the 1980s and have been largely soft ever since, but the quality of his draughtsmanship, his mastery of so many media forms and the sheer celebrity of his name mean there is likely to be long-term interest in him even as a print maker.

Aquatints, woodcuts, etchings, mezzotints, engravings, lithographs, silkscreens… there is an almost endless variety of prints on which to focus, and it can all be very confusing. A simple guide can be found in the back of some specialist auction catalogues, which often list a glossary of print terms, and there are a number of guides. Immersing oneself in a specific sector of the print market can increase one's enjoyment and fascination and could well pay dividends when setting out to buy.

There is also all the printmaking equipment, such as the stationery, ink and tools, which appeal to the same highly developed gene that stamp collectors share for detail. Collecting these can go hand in hand with collecting the prints themselves.

The great names in Modern British prints are often also celebrated sculptors: Eric Gill, Henry Moore, Lynn Chadwick, Barbara Hepworth and Elizabeth Frink all come to mind. As sculptors they tend to be masters of the editioning process, bringing to bear their sculptural craftsmanship, and this lends itself well to the production of prints.

Big names also tend to enjoy a solid collecting base for their other works, so their prints can prove popular too.

Other artists, such as Eric Ravilious and Victor Pasmore, are sought after partially because they were masters of the printmaking process, dedicating a great deal of their time to it. If an artist has been closely involved in the process and used one of the more talented printmakers, their work is usually of higher quality and more desirable. Some collectors seek a representative range of a single artist, such as Terry Frost. Others may look for a cross-section of work by a number of artists or within a particular school of art. Composition, subject matter, colour, decorative appeal and other artistic elements also tend to inform collecting.

Serious investors tend to play it safe when markets are more volatile, seeking out typical works in the right medium by leading names.

Pre-War but working very much in the same tradition, the dynamic Vorticist print output of C.R.W. Nevinson, particularly his drypoint etchings from the First World War trenches and his immediate post-War New York period, can bring very high five-figure prices, as can the stars of the Grosvenor School of Art, such as Sybil Andrews and Cyril Power. Their multi-layered colour linocuts from the early 1930s, with their strong design and kinetic energy, dominated sales in 2011 and 2012. 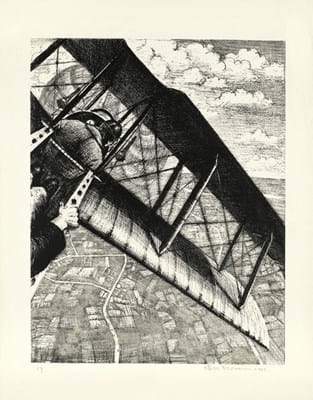 The way a print is made can have a significant effect on its value. For example, if what is known as the intaglio process is used, such as with etchings, aquatints, mezzotints and engravings, the print plate tends to wear out after about 100 impressions. This means editions are more limited. Drypoints, another intaglio process, also have limited runs because the softening of the image caused by a burr effect either side of the line wears out after a few prints. The more limited the edition, the better for values - it's a matter of rarity, quality, supply and demand.

Anything with an edition of more than about 250 is unlikely to be seen as rare.

Other factors that can affect value and desirability include condition: folding, scuff marks, cropping of margins, scratches, tears and creases can all create problems. Has the colour faded? How white is the paper? All this needs to be considered.

Some collectors will seek out low numbers from an edition run, but these are not necessarily as important as they do not reflect the order in which the prints were made, just the order in which the artist signed them. Artist's proofs, usually marked AP instead of being numbered, are additional to the main run and are often seen as less desirable.

Works should preferably be signed, dated and numbered. Evidence that the print has been produced by a well-known printer or studio can also add to its allure.

It is advisable to keep detailed records of purchases and whether they appear in any book or catalogue. The more information a collector has to hand, the easier it is to sell a work on and the better chance they have of improving on the price paid.

It is also sensible to ensure, when setting a budget for buying, that allowance is made for mounting and framing, if necessary, as well as insurance. If buying at auction, in particular, collectors may also have to add the Artist's Resale Right levy to the hammer price and auctioneer's charges.

Typical works by leading artists, where there is a large gap between prices for their prints and their masterworks, tend to offer some of the best potential.

Take Barbara Hepworth, for instance. At their June 22, 2011 sale, auctioneers Hartley's of Ilkley in Yorkshire took a multi-estimate £31,000 hammer for a 13 x 20in oil and pencil on board painting, 'String Figure with Yellow', from 1960. Compare that to the within-estimate £1150 taken by Penzance auction house Lay's for an untitled signed screen print, numbered 48 from an edition of 90, at their April 1, 2010 sale. While the latter piece was less decorative and colourful, the huge price discrepancy between the two may well leave room for the lesser piece to grow in value.

Specialist dealer Dominic Kemp, who has written the catalogue raisonné for Terry Frost, explains why Hepworth ticks all the boxes for collectors.

"She's dead (having died dramatically in a fire at her studio which is now a museum), she was made a Dame, she has Northern and St Ives links, she was a leader in her field, she's abstract, her sculpture prices are disproportionately high in comparison to her prints and she has a solid collector base." 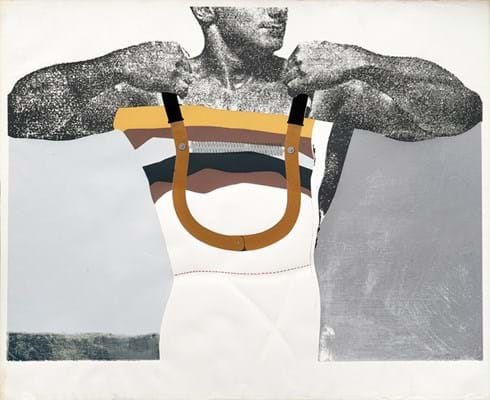 Being a popular sculptor also helps Hepworth. "Her sculptures are highly visible because they are in public places everywhere, her images are instantly recognisable, she wasn't over-prolific with her prints and although she hasn't technically got a catalogue raisonné, there is a book that lists all her graphic work which is pretty well good enough."

That last point is important. At some time or other, most artists worth their salt will have a catalogue raisonné published about them, which is a kind of collector's guide to every known piece they ever produced. It means collectors can assess their complete body of work at once, deciding what they like about them and what is worth buying. It is often very clear which works are likely to be most collectable.

Catalogues raisonnés are sometimes fairly expensive, but they can provide a bit of a shortcut in building up knowledge.

As prices for major works by major names have risen strongly over recent years, pricing some buyers out of the market, collectors have started turning to the more accessible world of prints, with the result that values for selected artists have also strengthened.

Typical works by Terry Frost, using his mixed blocks of primary colours, and Bridget Riley's black and white, optical illusion prints can command healthy sums these days, although less typical monochrome works by Frost have not performed so strongly.

Less formed, as yet, is the wider market for Young British Artists headed by Damien Hirst and Tracey Emin. Now may well be the time to look at less well-known YBA names, which are less of a burden on the pocket, to see where their strengths lie.

Modern and Contemporary Prints, a practical guide to collecting, by Phoebe Phillips and Tom Robb ISBN 1-85149-458-8.

Nevinson sets another record and Tschudi linocut has its debut